Effects of Pre-Journey Fasting on the Physiological Responses of Young Cattle to 8-hour Road Transport. 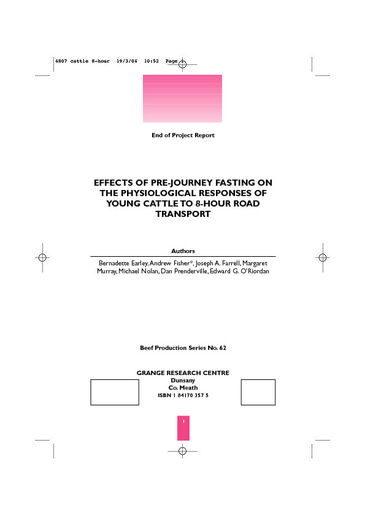