The welfare of animals transported from Ireland to Spain AND The Physiological haematological and immunological responses of 9-month old bulls (250kg) to transport at two stocking densities (0.85m2 and 1.27m2 /250kg animal) on a 12-hour journey by road. 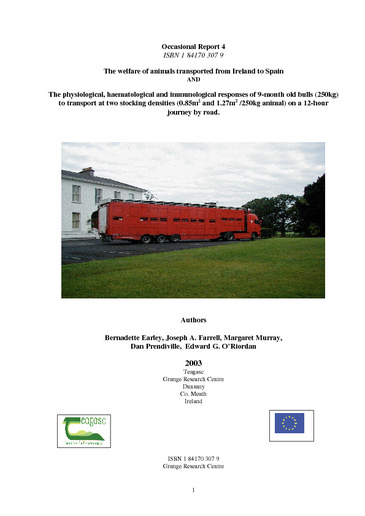