Cattle stratified on genetic merit segregate on carcass characteristics, but there is scope for improvement 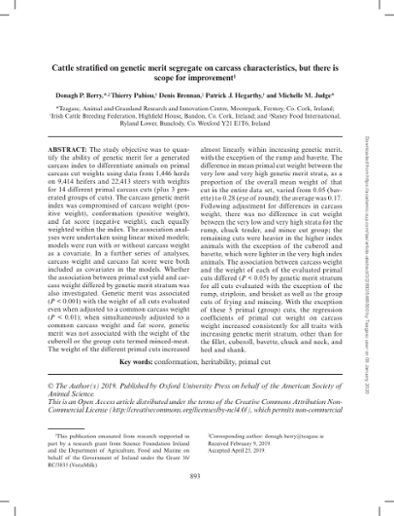