Effect of fumaric acid, calcium formate and mineral levels in diets on the intake and growth performance of newly weaned pigs 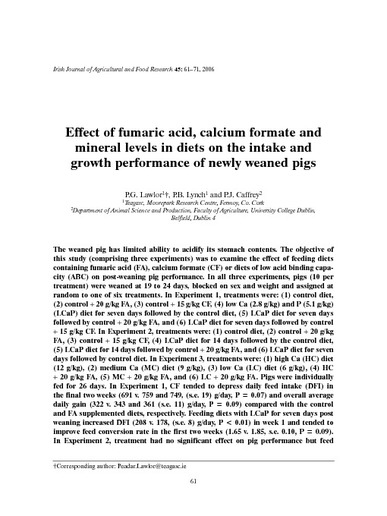